With their recent win over Arkansas, the Oregon State Beavers claimed their third College World Series title! With six appearances since 2005 and wins in 2006, 2007 and 2018, Oregon State has anchored itself as a powerhouse in collegiate baseball.

Goss Stadium, the legendary home of the Beavers, showcases FieldTurf DoublePlay, our leading baseball series. FieldTurf was first installed on the infield in 2007 and then in 2015 the grass outfield was fully converted.

After the infield conversion:

After the full conversion:

“I believe that playing on our FieldTurf field has helped in terms of getting our guys used to consistent play. It has been a contributor to our success and has helped Oregon State Baseball strive to reach the next level.” 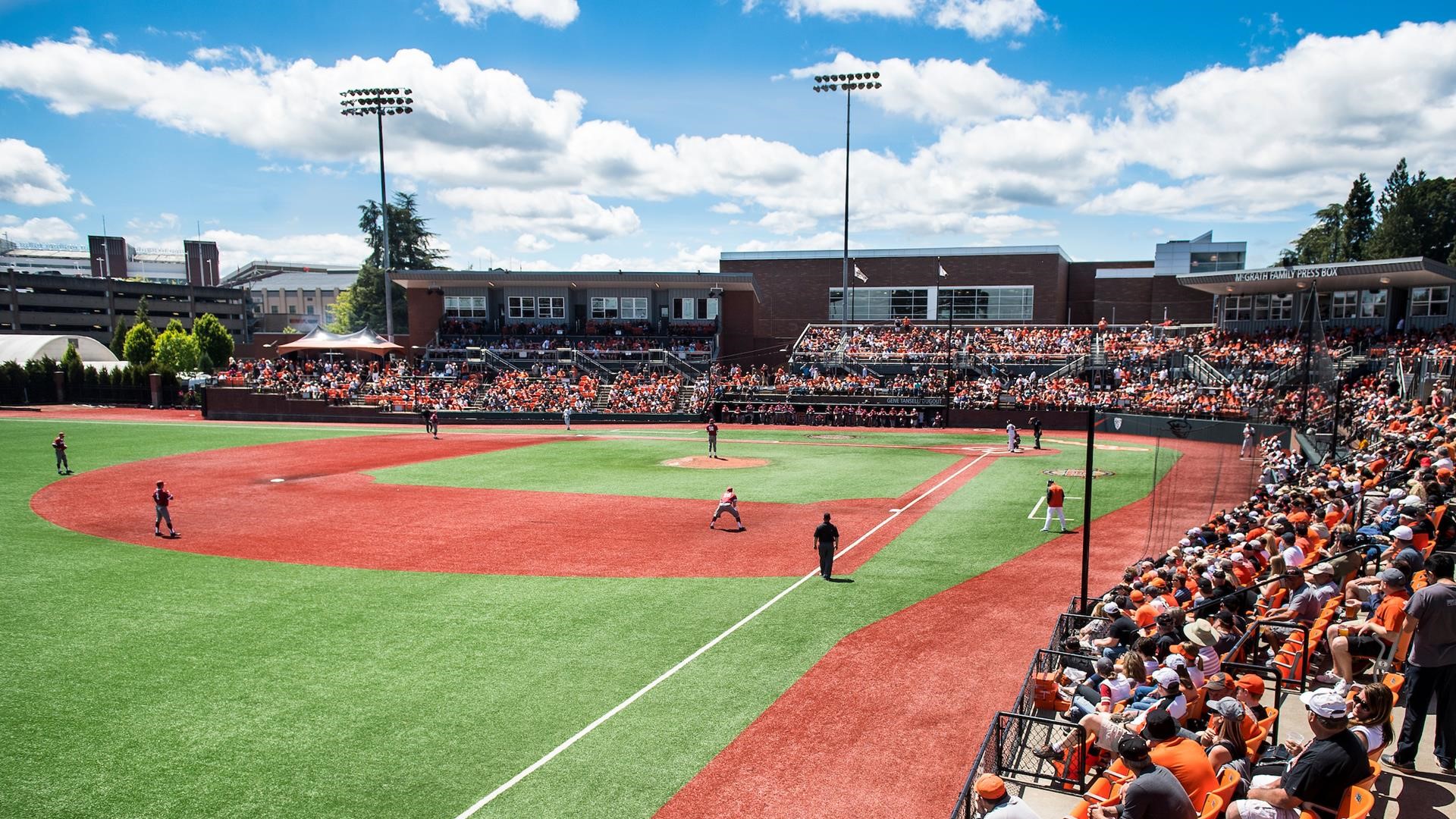 FieldTurf DoublePlay is the only artificial turf system chosen amongst this year’s College World Series qualifiers. Oregon State University, University of Washington, University of Texas and Texas Tech University have put their trust in FieldTurf for their home surface; the four remaining programs all play on natural grass.

The FieldTurf baseball philosophy is simple: create systems that are tailored to the program’s needs and wants. Our DoublePlay series offers the highest level of fiber quality, of which FieldTurf is renowned for, with the added peace of mind that our system design will match any desired playing characteristics. From fast to more grass-like, FieldTurf can tailor the surface to any programs’ desires.