The FieldTurf Legend Continues at The University of Nebraska

There is a great story behind every legend and ours is no different. In the fall of 1998, renowned Huskers Head Coach, Tom Osborne, traveled to Maryland to meet with FieldTurf’s founders, and legend has it, he walked across the synthetic field and asked, “So, where’s this artificial turf field you want to show us?" which was quickly answered by “Well, you’re standing on it.”

To better help gauge the length of FieldTurf’s relationship with the University of Nebraska, when the first FieldTurf surface was installed, Christina Aguilera’s song “Genie in a Bottle” was number one on the The Billboard Hot 100, Florida State defeated Michael Vick and Virginia Tech in the BCS Sugar Bowl and John Elway & the Denver Broncos had recently won Super Bowl XXXIII.

Together with Mammoth Sports Construction, an official FieldTurf partner, a new FieldTurf Classic HD surface was installed at Memorial Stadium for the upcoming college football season. The field system is the same product previously installed at the venue.

“The University of Nebraska is more than an exceptional partner for FieldTurf. They’re a part of our history books” said Eric Daliere, President – Tarkett North America & Tarkett Sports. “It’s a great honor and privilege to be trusted at Memorial Stadium for over 20 years. Thank you Huskers - Go Big Red!”

"This is our second turf install for the Husker's Memorial Stadium, and the significance of the work is always humbling," said Joe Kerr, Vice President - Mammoth Sports Construction. "We love doing work for Husker Nation and we love being partners with FieldTurf. We can't wait for the Sea of Red to fill the stadium this fall." 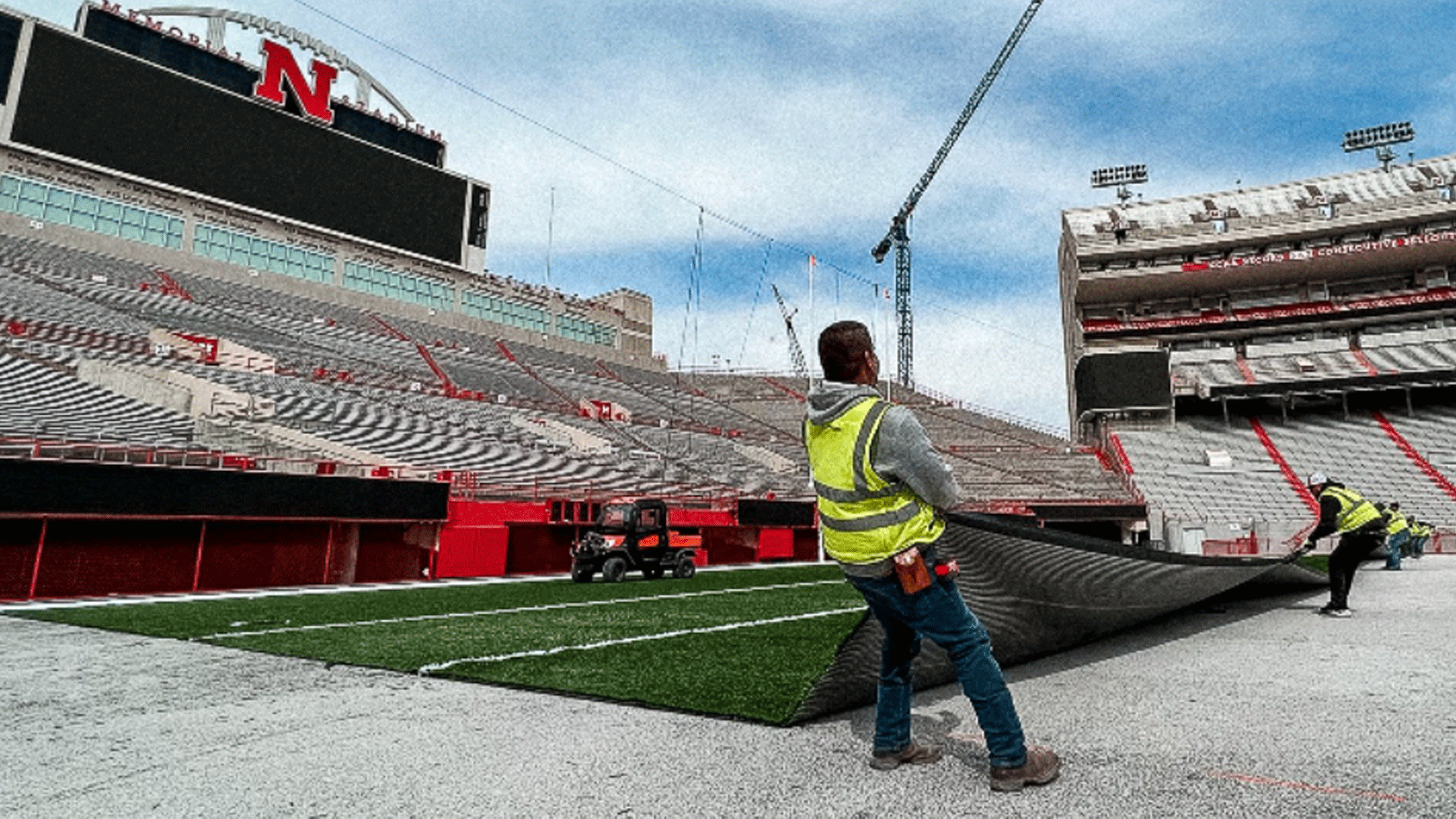 TRUSTED FROM COAST TO COAST

FieldTurf’s leading slit-film fiber, Classic HD, was carefully crafted to maximize durability and safety, as well as be aesthetically pleasing. As we say, it's a Beauty and a Beast. The Classic HD system is one of FieldTurf’s most proven products with over 1000 installations in the North America and trusted by the University of Nebraska, University of Wisconsin, University of Minnesota, Ford Field – Detroit Lions and MetLife Stadium – New York Giants & New York Jets, to name a few.

Classic HD is designed using FieldTurf’s heavyweight 3-layer infill technology which has showcased a significant lower incidence of injuries per research by Michael C. Meyers, a Professor in the Department of Sport Science and Physical Education at Idaho State University.