The longtime relationship between the University of Oregon and FieldTurf will continue in Spring 2022. As part of a major renovation at PK Park, FieldTurf DoublePlay will replace the original FieldTurf surface, which has been in place since the venue opened in 2009.

“There’s graphics all over the place,” Ducks coach Mark Wasikowski told local media outlets a month before Oregon debuted the PK Park changes at Oregon’s home opener on Feb. 25. A large custom logo in the outfield will be a visual anchor of the new synthetic turf, which is designed to play fast like elite clay and grass.

In developing the product, FieldTurf analyzed ball-surface interaction, speed and consistency on a variety of systems and emulated the best results. DoublePlay Speed (and its counterpart, DoublePlay Natural) also was inspired and created in part via a collaboration between the company, players and coaches.

The field’s infill features PureSelect, an environmentally friendly product made from olive cores and designed to deliver all the benefits of a natural infill system, as well as provide heat reduction. Its heavyweight design mitigates infill migration, and the system does not require irrigation or annual replenishment.

“It’s awesome,” shortstop Josh Kasevich told the local media. “I think the coolest part for me is the infield. Kind of a different material [that] plays kind of like dirt. Get some more true hops and plays really nice.” 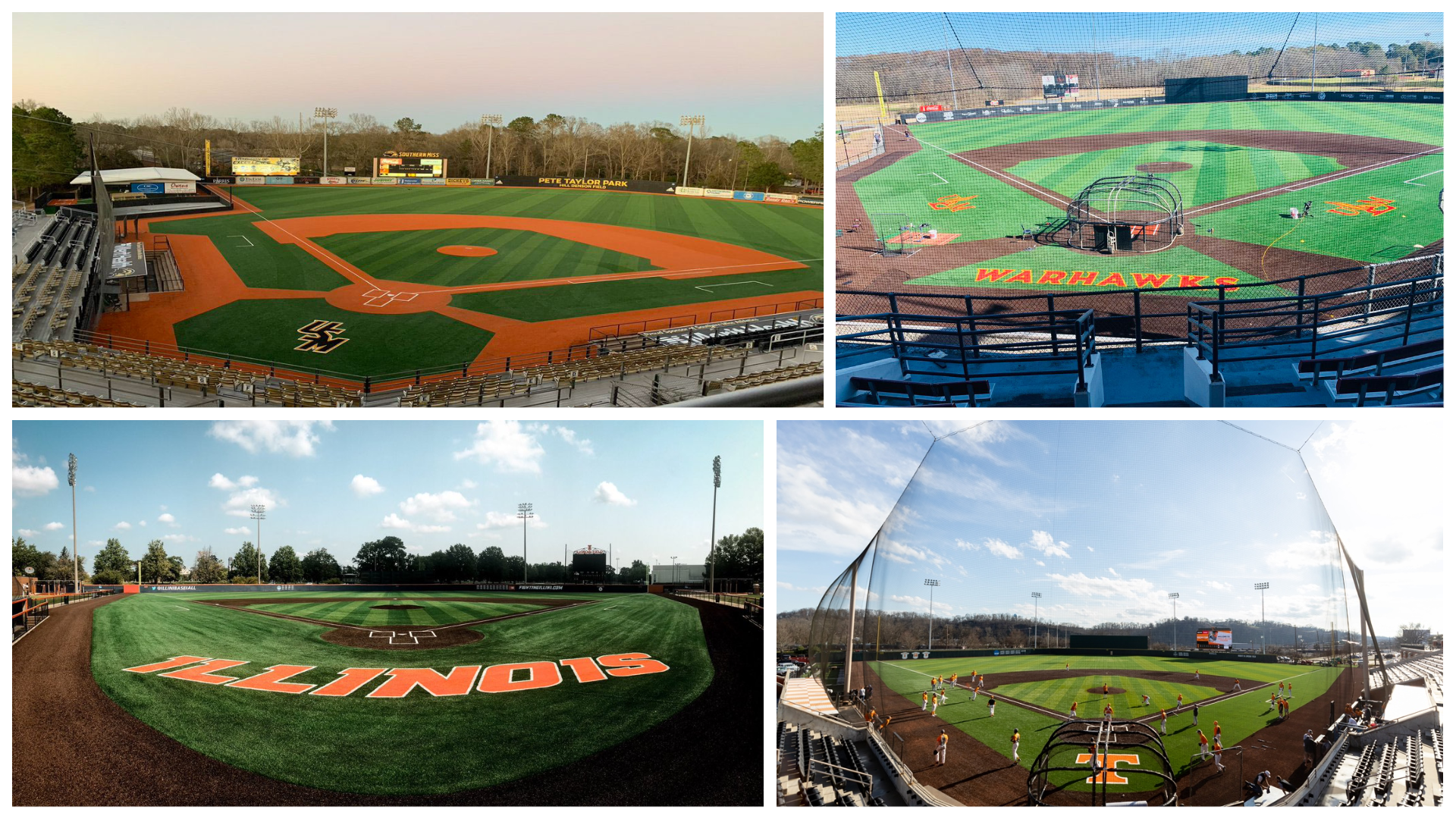 Other improvements at PK Park include the installation of a new video board and reconfiguring the outfield fence.

“We’re ecstatic to continue our relationship with the University of Oregon” said Eric Daliere, President – Tarkett North America & Tarkett Sports. “After over a decade at PK Park, it’s exciting to deliver this great program another FieldTurf surface. Along with Autzen Stadium, Moshofsky Center, Hayward Field and more; FieldTurf and Tarkett Sports are rooted at the surface of Oregon Athletics.”