A New Age Of Field Hockey Has Arrived At Towson

Towson University has made a clear statement that it’s dedicated to offering elite quality facilities for its student-athletes and community. This past weekend, Towson President Kim Schatzel, was joined by Athletic Director Tim Leonard, Deputy Director of Athletics Tricia Brandenburg and head coach E.A. Jackson, to cut the ceremonial ribbon as the Towson community gathered to celebrate the grand opening of the new TU Field Hockey Complex. The latest facility enhancement was unveiled on the Tigers new FieldTurf Hockey Gold surface.

"I don't really have words that can adequately express our excitement," said Head Coach E.A. Jackson. "This has been a long time coming for this program. It marks a new era in Towson field hockey."

The recent upgrade is a game changer for the university. In today’s NCAA, a dedicated hockey-specific surface for play and practice is highly valued. Towson’s field hockey team was previously using Johnny Unitas Stadium, which houses the FieldTurf surface that was designed for the university’s football and soccer programs. FieldTurf Hockey Gold allows the game to be played at a much faster speed, delivers sport specific functionality and will play a critical role in the university’s recruiting initiatives.

"Having a home for field hockey in terms of having a true competition field where our family, friends and fans can come and watch us with is what we are really excited about," said Tricia Brandenburg, Deputy Director of Athletics. "It's a special moment for the program in terms of having that to improve competition and show it off for recruiting." 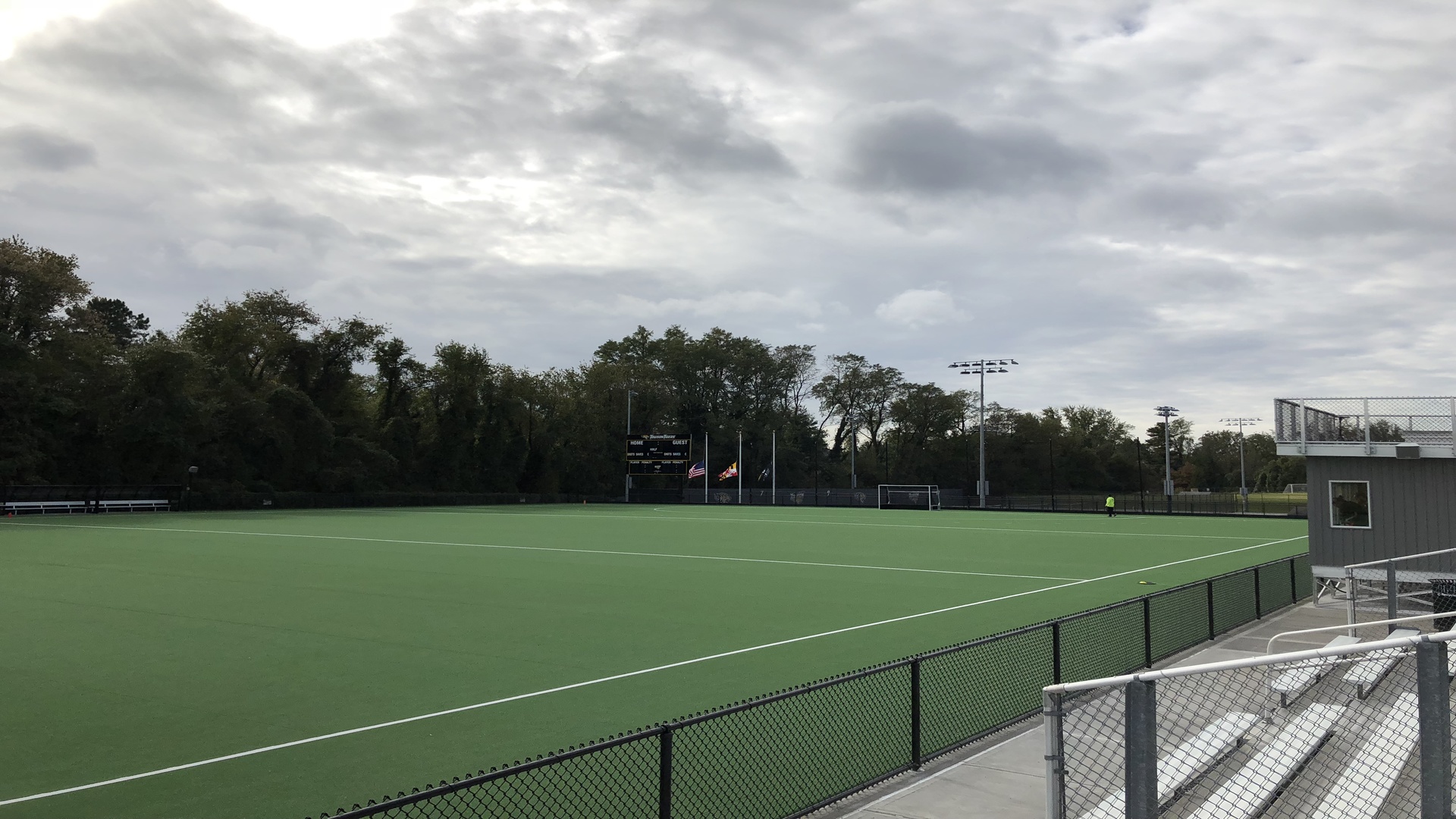 Like all FieldTurf systems, Hockey Gold was developed after extensive consultation with field hockey players, coaches and other experts in the sport to ensure the product delivers playability characteristics geared for the highest levels. Hockey Gold was perfected for field hockey by focusing on fiber shape, superior ball roll and speed, elite performance, better footing and optimal stick movement. FieldTurf is an International Hockey Federation (FIH) Preferred Supplier and an Official Sponsor of the National Field Hockey Coaches Association (NFHCA).

“We believe that the long-term success of our sport lies in the quality of hockey facilities around the world.” says Kelly Fairweather, FIH’s chief executive officer.

FieldTurf is the surface of choice for hundreds of elite field hockey programs worldwide, including those affiliated with the NCAA, European Hockey League and World Series Hockey. To learn more about our hockey-specific turf system click HERE.