NO DREAM TOO BIG - THE CALDER HODGE STORY: BECOMING THE FIRST DOUBLE-AMPUTEE QUARTERBACK IN THE NFL

Calder Hodge was born without tibia bones, and his legs were amputated at a young age. But the 14-year-old football player from Magnolia, Texas, knows that there is "no dream too big."

In fact, Hodge’s dream is to become the first double-amputee quarterback in the National Football League.

FieldTurf teamed up with the NFL’s Detroit Lions to help make his dream come true. Hodge and his family were invited to attend the team’s training camp in August, where he participated in an intrasquad scrimmage at Ford Field. 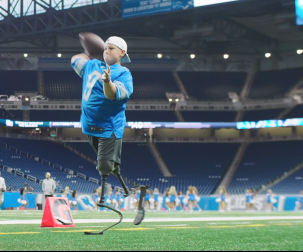 Hodge was born with a rare genetic disorder called fibular hemimelia, a condition that occurs in only one in 40,000 births. Hodge’s parents, Mike and Kayla, decided to amputate their son’s legs rather than have him live life in a wheelchair.

The first thing Calder did after receiving his prosthetic legs was stand up and run (not walk).

By second grade, Hodge was playing flag football, eventually joining a tackle football league and proving to teammates, opponents and adults that — in his words — “you can be and do whatever you set your mind to, as long as you put in the work, as long as you keep the faith.”

“Football is more than a game to him,” Kayla Hodge (Mom) says. “It gives him an identity, and it lets him be free. It is a vehicle for him to show others that he is able to compete, and I think that that’s really one of the ways that he’s able to use his differences as a platform to get other people to be more accepting of people with differences.”

The Lions and FieldTurf didn’t need convincing. They flew him from Texas to Michigan to meet the players, hold a press conference, visit the locker room and even suit up.

At one point during the scrimmage, Hodge’s idol, Lions quarterback Matthew Stafford, summoned him to the huddle, and Hodge ran the next play.

Under center, Hodge dropped back and let loose a long, arcing spiral pass to Detroit wide receiver Marvin Jones in the left corner of the end zone for a touchdown.

His “teammates” swarmed him after the play, and Hodge even gave a sideline interview after the game.

Hodge’s experience is part of FieldTurf’s new “Make Your Moment” initiative, created to the story of exceptional individuals and showcase their journey.

There is no dream too big. 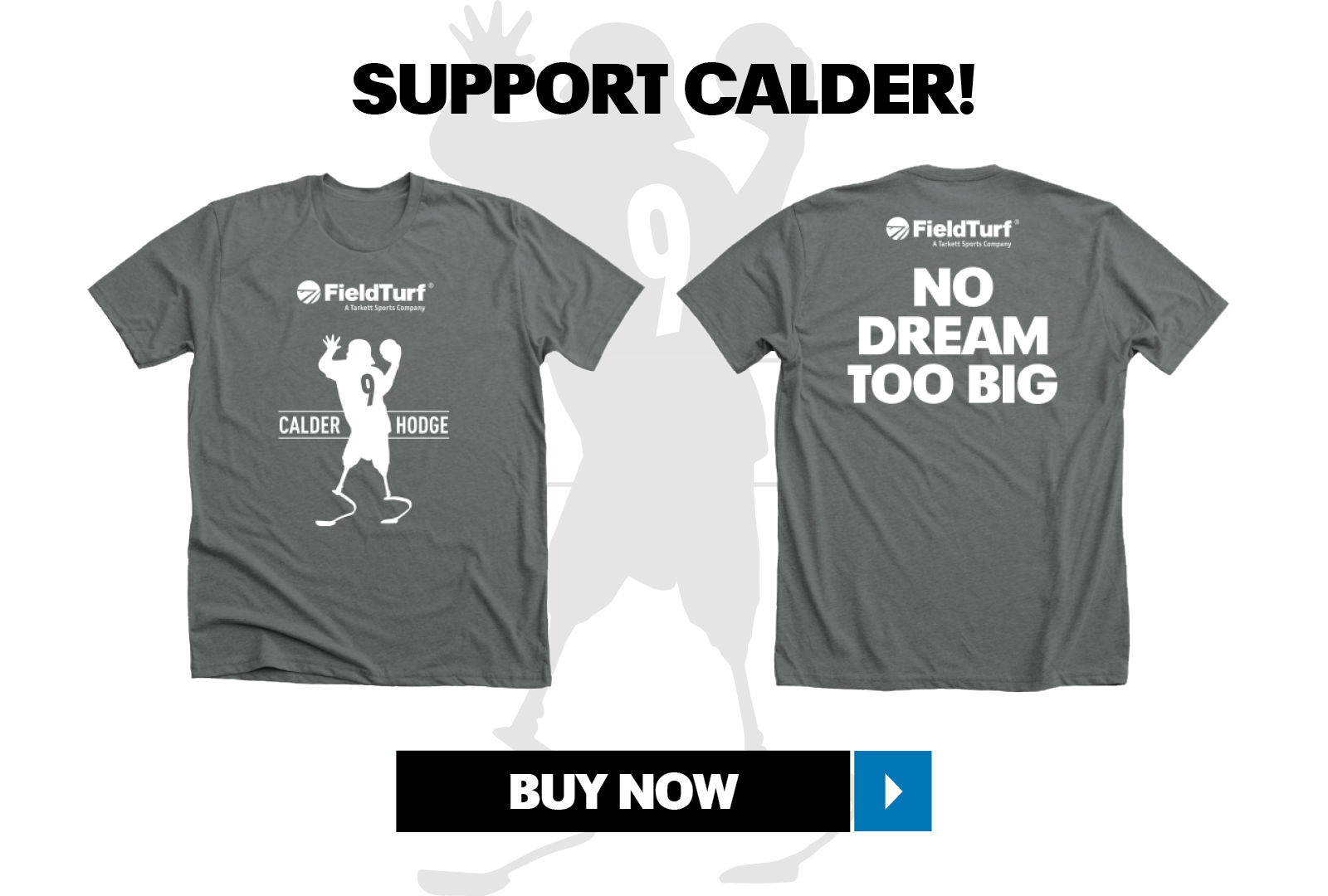