Raising the money to pay for a new artificial turf field has always been a challenge. But it sure has gotten easier since the late 1990s and early 2000s, when many grassroots organizations and their coaches, teams and supporters didn’t fully understand the playing benefits and long-term cost savings of turf. They also probably mistakenly believed turf was only appropriate for professional teams and elite university programs.

Today, FieldTurf, a global leader with over 20,000 installations worldwide, is helping facilities across the nation convert to an artificial surface allowing for increased field usage, improved performance, safety, drainage and durability.

To help make your dream field a reality, here are seven fundraising tips to get started on your project:

1. Establish a fundraising committee through a booster club.
If this is a school district project, create a private, nonprofit fundraising organization that is overseen as a separate entity by a booster club. That group’s sole task is to raise money to pay for a given facility. People who want to donate funds to the field project can do so directly and know their money will not be used for any other purpose.

2. Seek out leading alumni for donations.
Keeping former students apprised of on-campus projects can pay off mightily. For example, as Binghamton University’s baseball team became a powerhouse in the America East Conference, the team needed a durable all-weather field to match. Once the Bearcats announced a fundraising effort, an anonymous alum made a multimillion dollar donation to cover the entire cost of the project — including synthetic base paths, pitcher’s mound and home-plate area.

A similar situation occurred at San Antonio Christian School, when an anonymous donor funded a new artificial turf football and soccer field and requested that it be named Greg Hotchkiss Memorial Field, after a longtime and recently deceased supporter of the school’s athletics program. 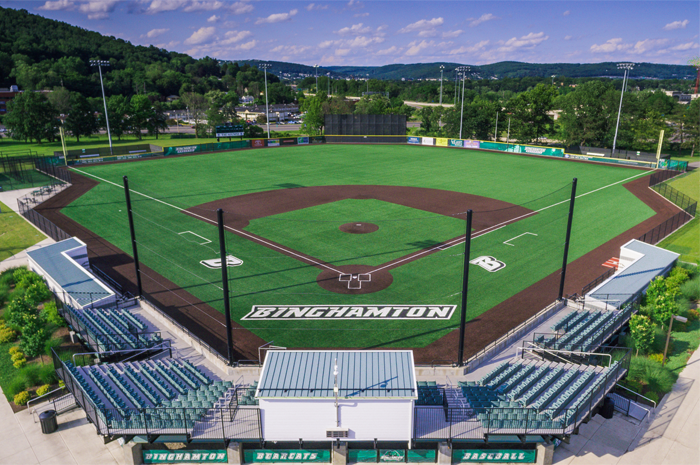 3. Finance the field, just as you would a building project.
FieldTurf, in partnership with numerous financial institutions, helps organizations build the field of their dreams with nothing more than a small down payment. The balance of the project’s cost can be paid off over the next several years at highly competitive interest rates.

Typical financing terms with FieldTurf Financial are for between two and 10 years, in amounts from $100,000 to $25 million. Payments can be scheduled monthly, quarterly or annually to match the timing of fiscal budgets. This option allows facility owners to retain their cash and use their FieldTurf field to generate revenue that will help cover regular payments. It also helps hedge inflation by budgeting today’s costs to today’s revenues and tomorrow’s costs to future revenues.

4. Apply for grants.
Money is out there, waiting to be awarded to facilities serious about making a FieldTurf field a reality. Research the federal, state and local grants available in your area. Additional funds can come in the form of private grants as well, with applications are available each spring.

5. Sell on field advertising, naming rights or corporate sponsorships.
Once an artificial turf is installed, it will be used from sunup to well past sundown, as multiple local organizations — from youth parks and recreation leagues to private clubs — pay fees to use the field. If you know going into a project that the field will be leased to specific groups on a regular basis, consider offering those groups (as well as others in the community) corporate sponsorship opportunities.

Sponsors of a prominent facility deserve prominent placement within that facility; make available a wide variety of options at multiple price points to help ensure sponsorships are both affordable and effective. 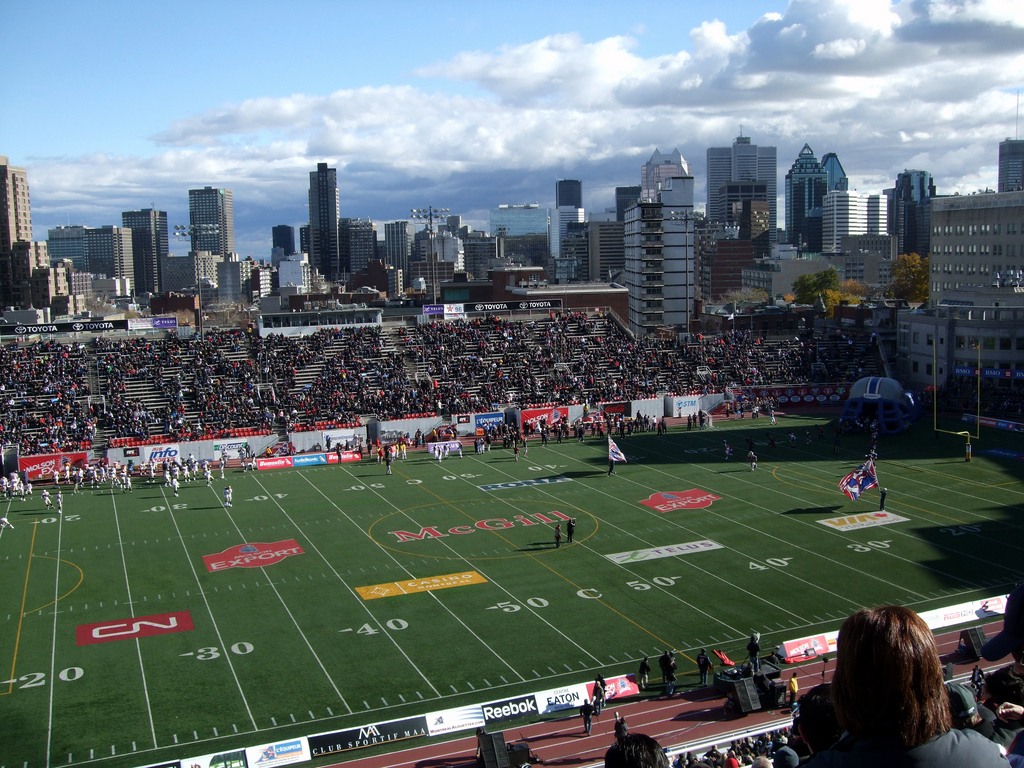 6. Launch a crowdfunding campaign.
The strategy of asking a large number of strangers to donate money (typically online) toward a specific cause has become a common funding strategy for everyone from entrepreneurs to musicians to people who need extra cash for an unforeseen medical emergency. The installation of an artificial turf field is certainly a worthwhile community cause that many individuals likely would be happy to support.

7. Create public or private partnerships.
The multipurpose nature of an artificial turf field makes it appealing to a wide variety of users and potential stakeholders — some of which might even be willing to invest significantly in its long-term financial success.

For example, a joint-venture agreement between the Kanawha County (W.Va.) School System and the University of Charleston allows the school system to retain ownership of the University of Charleston Stadium at Laidley Field, while the university maintains the facility. In 2018, UC paid for the installation of a new FieldTurf surface, and the school system purchased new lights and a new videoboard. 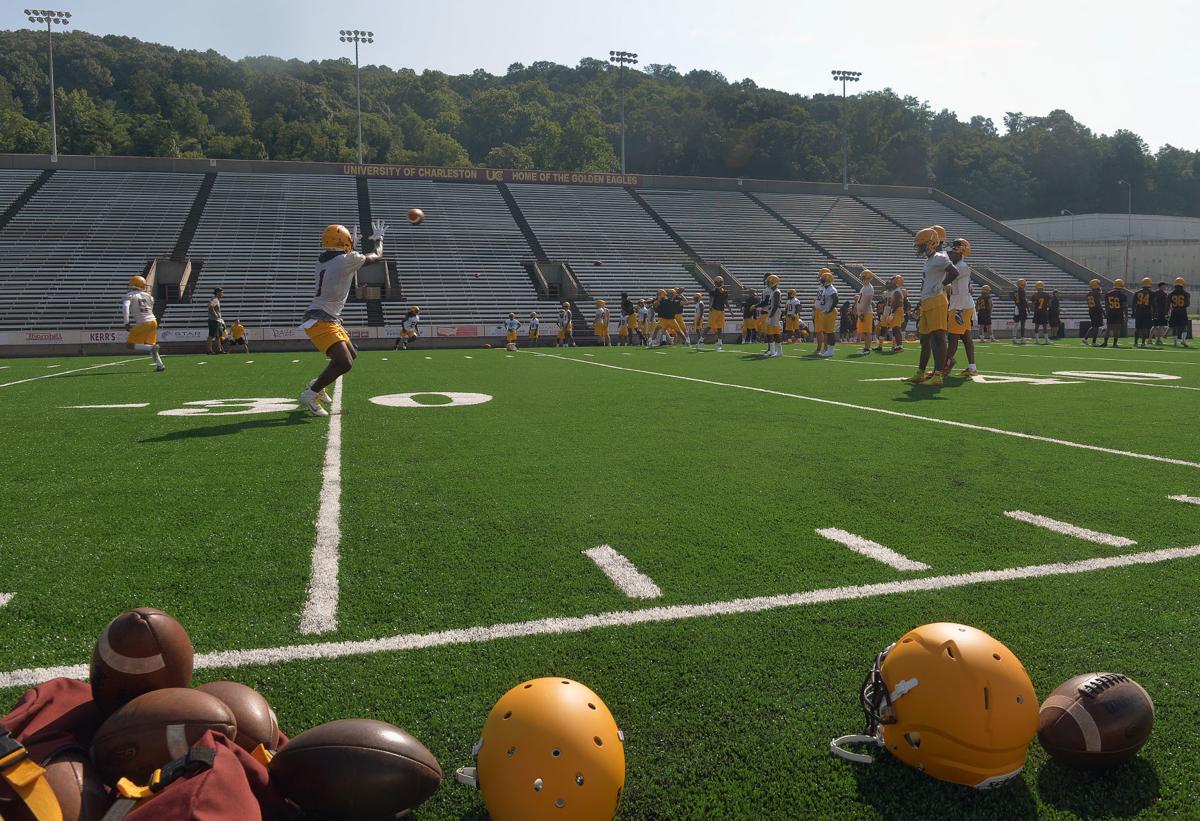 In South Bend, Ind., Teachers Credit Union donated $300,000 for a new FieldTurf surface at historic School Field in 2018 in exchange for naming rights. It’s part of an academic and athletic partnership between TCU and the South Bend Community School Corp. Now known as TCU School Field, the 92-year-old facility is home to teams at both South Bend Adams and South Bend Washington High Schools. TCU will pay the school corporation in 10 payments of $30,000 each over the next decade.

Implementing any of these ideas — or a combination of two or more — can significantly help ease the financial cost of installing an artificial turf field. Contact your FieldTurf expert today to get started.